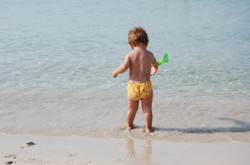 Many people in the United States and specifically in California feel that the legal system with regards to family law and child custody and support unfairly favors women. There are reasons as to why some men feel this way, particularly when one looks at the long history of women winning custody of children in a divorce case. While that tide has been turning in recent years, it should be noted that other areas are far behind in terms of gender equality in these cases.

However, one jurisdiction has recently taken an enormous step forward with regards to the issue of child support. Legislators in St. Kitts have recently passed a law that for the first time allows men to pursue women for child support payments. This law changes what had been the norm since the previous law was passed in 1920 that gave that option only to women. Men who have primary custody of children can now expect to receive support payments from their mothers.

The bill goes on to state that parents should also engage with independent mediators in order to negotiate the issues that relate to child custody and child support in hopes of coming to a solution themselves. However, if no solution can be obtained, the parents can still go to court to have the issue decided by an independent judge. Simply put, this bill modernizes several aspects of family law in St. Kitts.

While the law has obviously been different in California, many men may not realize that they do have the right to receive child support in several different situations. Men who are taking care of their children on a full-time basis should expect contributions from mothers the same as mothers do from fathers when the opposite set of circumstances is in place.

If you are facing problems with regards to this issue, you need to seek the help of San Diego child support lawyers who have been fighting for the rights of fathers for many years. Contact the Men’s Legal Center today to schedule an initial consultation.