How Social Media is Affecting Marriages 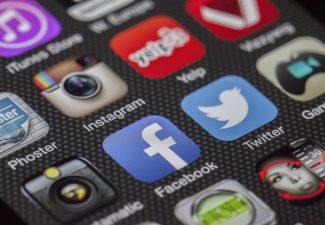 We’ve shared warnings before about staying off social media while going through a divorce. The risks to rocking the boat during this precarious time are simply far too great.

There’s new data revealing that increased social media use by spouses and what they choose to share online have transformed the new medium into the latest minefield for many marriages.

During a survey of 2,000 married Brits, nearly a quarter of those polled confirmed they and their partner had at least one argument per week related to social media use.

About 17% revealed they and their partners argued every day about postings on Facebook, Snapchat, Twitter, Skype and other social media platforms.

What Are They Arguing About?

Included in the press release announcing the findings was a summary of the leading causes of such social media consternation. They include partners:

Is Your Login Information Private? Are You Sure?

Even though a third of those surveyed said their social media log-in credentials were a secret kept from their partner, 58% of total participants said they knew exactly what usernames and passwords their partners used – even though said partners were convinced that information was top-secret.

Nothing is Secret on Social Media

Divorce attorneys back here in the States agree in the assessment that social media has played an ever-increasing role in divorces.

In a survey of attorneys carried out by the American Academy of Matrimonial Lawyers in 2010, 81% confirmed an uptick in the number of cases relying in part upon evidence found on social media outlets.

While working on behalf of their clients, 66% of the attorneys confirmed that Facebook was the top source for finding damning evidence against their client’s partners.

How to Prevent Social Media From Interfering With Your Relationship

Here are a few tips that – even though may sound simplistic – can go a long ways to preventing any flare-ups caused by social media use.

Are You a Man Facing or Thinking of Divorce? Call The Men’s Legal Center

There’s a host of things to carefully consider when going through a divorce. Subjects like the division of assets, child support, alimony, and child custody are but just a few examples of things that often need to be carefully thought through.

Like other legal matters, a divorce is a process that is best navigated by leveraging the skills and experience of an attorney who knows how to position you for the best possible outcome.

If you’re a man facing or considering divorce, we urge you to reach out to us today so that we can begin fighting for your rights to be secured in Family Court.