Single Dads Can Be Custodial Parents Too 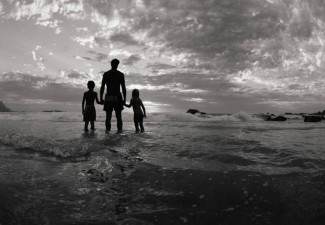 While most custody agreements are centered around shared or joint custody of children, a growing number of single dads are taking on the role of sole custodian. This is especially common if the mother of the children is in a job field requiring a great deal of time away from home, such as the military, or if the mother is unwilling or unable to raise the children.

The Numbers Do Not Lie

The idea that most single parents are mothers persists, but the National Responsible Fatherhood Clearinghouse notes that as many as two million single dads, or about 17 percent of single parents, are raising children as primary custodians. There are also about 214,000 stay-at-home dads who take on the primary responsibility of raising children, even in married households. About 18 percent of preschoolers were cared for by the father during the mother’s working hours.

Clearly, the traditional idea of stay-at-home mothers and working fathers is no longer always true. In fact, it is clear that while the majority of primary custodians are women, the number of men who have sole responsibility for their children increases every day.

While it is never easy being a single parent, men may suffer certain problems associated with single parenthood that women do not have to face. When a woman is a single parent, for instance, the expectation is that her income will be low, while a single man is expected to have a much higher level of income. This is not borne out by the facts; about half of all single fathers live at or close to the poverty line. Additionally, many single mothers are now raising their own income levels through better education and more plentiful job opportunities. However, this myth is so pervasive that it is difficult to convince the public otherwise.

Another myth that seems to be prevalent regarding men with custody is that they are not “naturally” good caregivers and must learn everything about nurturing children. While it may be true that many men are not groomed for the role of caregiver, and many women are, there is nothing in the biological makeup of men and women that make one a better nurturer than the other. Besides nursing, there is little that a mother can do for her children that a father cannot do.

Contact the attorneys at the Men’s Legal Center if you are facing a custody issue.