Put Down the Social Media and Save Your Divorce 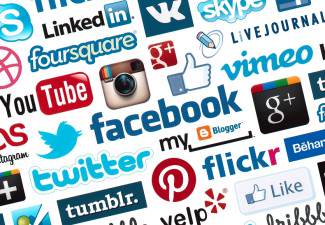 It is almost insurmountably tempting to lash out at a former spouse, especially when you are going through a divorce.  In fact, some people simply find it impossible to refrain from attacking the soon-to-be-ex, even when they know better. Other partners find themselves in hot water after accidentally revealing too much about their personal lives to the other spouse via the latest method of self-injury in divorce cases: social media.

These days, almost everyone uses Facebook, Twitter and other forms of social media. A recent survey found that 81 percent of attorneys stated that they had used/shared information from social media against the opposing party in a divorce case.  This means that the social media “sharing” epidemic is rampant, and that it may not be doing most men much good when it comes to a divorce.

Our culture is so steeped in the concept of “right to privacy” that many of us believe that anything we post online is somehow magically protected.  Actually, the opposite is true; any posts made on social media are likely to be considered public domain and are not usually protected by privacy laws.

This does not stop people from posting their most intimate thoughts, feelings and actions on Facebook and Twitter, however, and engaging in “flaming” wars with exes, family members and others they do not like.  There is something about the Internet that seems to invite this type of interaction, and often it is too late by the time men realize how much damage has actually been done.

How to Avoid the Social Media Trap

Good advice for men who are facing a divorce is to temporarily suspend your social media accounts.  This is known as “going dark” and it has several benefits for you.

First, you will not be tempted to share information that could be used against you.  For example, taking a vacation may seem like an innocent pursuit, but your vacation pictures could lead to uncomfortable questions about your drinking habits or other issues.  If those photos are not posted, they cannot be used against you.  Second, you will not be tempted to post things that your children or spouse could see and that you might later regret.

Finally, avoiding social media use forces you to deal with your emotions without the support of an anonymous Internet audience.  You will ultimately be healthier and happier if you deal with your hurt and anger in more constructive ways.