What Is a Prenup? 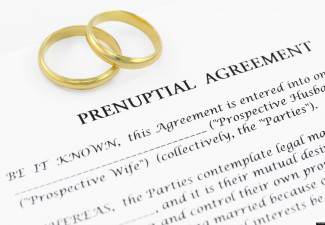 Prenuptial agreements, also known as “prenups,” are common legal agreements that are made before a marriage. They establish the financial rights and property of each spouse and are used as a way to set guidelines for the marriage as well as an aid should divorce occur. Prenups can even be used to determine how property will be passed on upon the death of either partner. The benefits of a prenup can be far reaching, allowing both parties to avoid long and costly disputes in the case of divorce.

Prenuptial agreements have grown in popularity in the last 20 years. The rise of no-fault divorce laws, which allow a couple to divorce without a reason such as abandonment or adultery, have aided in the rise of prenups. Despite their popularity, many people remain divided on whether prenups are beneficial or unfavorable for a marriage.

Should You Get a Prenup?

Some who are opposed to prenups say that it serves as tangible proof that a couple should not be getting married. Sometimes, prenups can also be seen as a way to cement the power distribution in favor of the wealthier party.

Despite these potential drawbacks, many encourage the use of prenups. They see them as a starting point for negotiations should the marriage go badly. A prenup can also serve as “insurance” for one party in the marriage to receive compensation for nonmonetary contributions they made, such as maintaining the household and raising children, should the couple split. In other instances, such as a second marriage, a prenup can ease the minds of children who want to ensure their inheritance is protected.

How Do You Get a Prenup?

Men’s Legal Center understands the importance of protecting yourself. We are happy to help you create a prenuptial agreement before you say “I do.” A prenup can be an effective tool for many situations including: