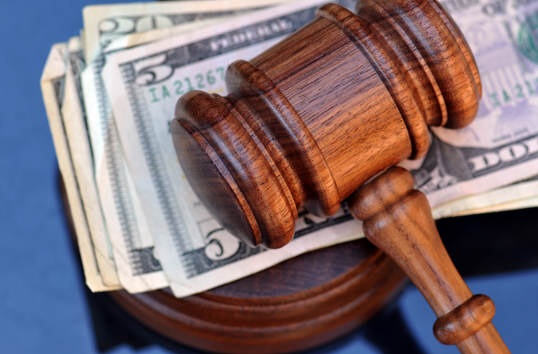 A divorced father of two was surprised to find that his ex-wife had a child by another man after their separation. However, he was shocked when the state demanded that he, not the presumed father, pay $8,500 in back child support.

The man turned to Target 8, an independent television investigative unit, for help in getting his story out to the public. The unit soon discovered that not only can the State of Michigan, where the man resides, legally require him to pay this child support under the 1956 Paternity Act, but there was little he could do to battle this nightmare situation or avoid future child support payments. Further, the real biological father cannot battle the law either; putting many dads who are willing to pay child support in a position in which they cannot even see their child.

Joe Chmelar, the man in the spotlight, was cleared of any liability for child support after the investigative team began asking questions of the “Friend of the Court” who filed the claim. However, for the thousands of other Michigan fathers and those throughout the country struggling with outdated and unfair child support laws, this nightmare never seems to end.

The Evil Empire: Child Support Laws Out of Control

One reason that child support issues have become so crazy is that each state has different laws regarding child support, child custody and fathers’ rights. However, experts also point to the fact that social mores have changed, and that many states are dealing with an explosion of unwanted children born to unwed or divorcing mothers. States tend to deal with the issue of supporting children with a “shotgun” approach, trying to do what is best for the greatest number of children with the least amount of legislation. The result is laws that have loopholes which often hurt both parents and children.

According to some experts, one thing that must change is the attitude of society toward fatherhood and responsibility. Recently, a Tennessee man with 22 children by 14 different mothers is said to have been offered a spot in a television reality show. The more desensitized people become to fatherhood and its issues, the more problems society will ultimately face in regard to child support laws.

A family law attorney may represent a father who is struggling with unfair child support issues or wants to protect his rights to be part of a child’s life.