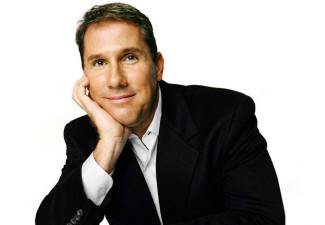 For most of us, divorce is a private matter. However, when popular author Nicholas Sparks announced that he and his wife were separating after 25 years of marriage, fans were shocked and outraged. A few even took to social media with posts such as “Love is dead,” summarizing their sadness at the romance icon’s divorce.

While Nicholas Sparks, author of such popular romances as The Notebook and A Walk To Remember, and his wife worked out an agreement to separate their assets and care for their children, fans mourned the end of the long-term “love affair” that Nicholas Sparks had always proudly spoken of in interviews.

Is the fan response unreasonable?

Many would say that it is. After all, despite the fact that Nicholas Sparks writes romance novels, presumably he and his wife are just like any other couple. However, some would say that a couple who seemed to have learned the secret of staying together for more than two decades should be able to work out marital difficulties.

The sad reality is that Sparks and his wife are examples of the fact that no marriage today is immune to divorce. The termination of a marriage is often stressful and can become acrimonious, no matter how long the couple has been together.

There is no doubt that divorce has reached epidemic proportions in the United States. Currently, statistics show that both women and men between 20 and 24 years old when they marry have the highest divorce rates at 36.6 percent and 38.8 percent respectively. However, while only 45 to 50 percent of first marriages fail, second and third marriages fail at much higher rates. Between 60 and 67 percent of all couples who marry for a second time divorce, while 70 to 73 percent of those who marry for a third time eventually end their marriages.

However, these figures are slowly changing. Because the average age at marriage continues to rise, the divorce rate is predicted to drop in the next few decades. This is because the older a couple is at marriage, the less likely they are to divorce. For women who are 30 to 34 years of age, the divorce rate is only 8.5 percent, while those over 35 have the lowest divorce rate of all at 5.1 percent. For men, the figures are 11.6 percent for those 30 to 34 and 6.5 percent for those over 35.

A man considering divorce may benefit from the advice of an attorney who understands the complicated world of divorce law and how it applies to men. Contact the Men’s Legal Center if you are considering divorce or need help with a child custody or support issue.