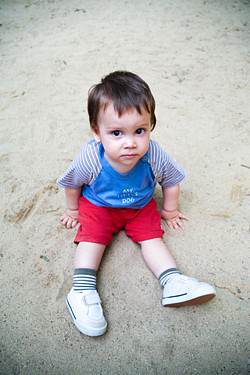 Many states have struggled with the issues relating to grandparent visitation of children.  That’s because most child visitation laws deal exclusively with the parents of a child, and these laws have generally come about after the parents have pursued and obtained a divorce.  However, a case in Florida is leading to calls for the passing of a law allowing for grandparent visitation, but the circumstances surrounding it are unusual and unfortunate.

Specifically, the would-be law that’s gaining attention is known as Michelle’s Law, and it deals with a woman who has been missing for over a year.  The woman who is missing had two children with her fiancée, and he currently has custody of those children.  That could change if anyone ever breaks the case and identifies what happened to the mother, but for now this is the arrangement.  The parents of the missing mother have been trying to see their grandchildren, but the fiancée has been preventing that from happening.

This refusal to allow the grandparents to see the children has led to a public outcry being led by those grandparents.  They are asking the legislature in Florida to consider passing a law that would provide for tangible rights for grandparents to visit their grandchildren.  There is no word regarding whether or not such a bill is being considered or whether such a bill would pass.  However, the public outcry is growing in the state.

Child visitation can be a very emotional issue for anyone involved with these situations.  That’s because some parents will prevent others from seeing the children or others will feel as though they are not being treated fairly.  Anyone who is facing this situation needs to be sure that he has the legal representation necessary to make sure that his legal rights are protected.

If you are facing a problem regarding your child, you need to seek the help of San Diego child visitation lawyers who have been fighting for the rights of fathers for many years.  Contact the Men’s Legal Center today to schedule an initial consultation.