Can Men Get Alimony? 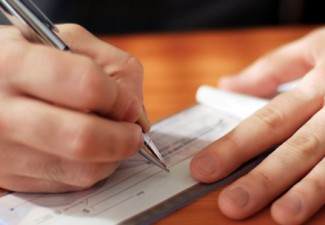 In the past, women were the primary recipients of alimony and child support. However, society has changed; more and more women are getting out of the home, working and having a career just as men did in the past. Since the working world is no longer “just for men,” women theoretically could share custody and pay child support and even alimony under the right circumstances.

However, in practice, this idea has been slow to catch up in the courts. Many people still see women as the primary choices for custody of the children and believe that women should receive alimony and child support no matter what their income.

If you are a man facing a divorce, and your income is substantially less than your wife’s, or if you want primary custody of your children along with child support payments from your wife, you may benefit from some legal advice. The Men’s Legal Center is ready to help you.

The Truth About “Equal Rights”

While women have recovered their jobs that were lost as a result of the recession, men have not, according to a recent article in the Wall Street Journal. According to these statistics, women now hold 67.5 million jobs while men hold 69 million. It would seem that the “gender gap” has closed in terms of sheer numbers.

However, not all is equal in the courtroom. According to statistics from the U.S. Census Bureau, 83 percent of mothers and 17 percent of fathers receive custody of the children in divorce cases. This number has been remarkably stable for the past 15 years. While women’s presence in the workforce has grown, the number of them who receive custody has stayed the same.

The reason for this phenomenon is not completely clear. While it is true that women receive custody in the majority of divorce cases, it is also true that women request custody in the majority of cases. When men request custody and they have evidence that they are the better choice for raising the children, they do sometimes win their cases in court.

As for alimony, most experts agree that the number of women paying spousal support is rising but not as quickly as might be expected. If a woman makes more than her husband, she can be ordered to pay spousal support, but as of 2010, only three percent of alimony recipients were men.

The attorneys at the Men’s Legal Center are ready to help you when you need support in your divorce or child custody case. Talk to us today about child support and alimony issues.