What Does It Mean To Have Your Divorce Vacated? 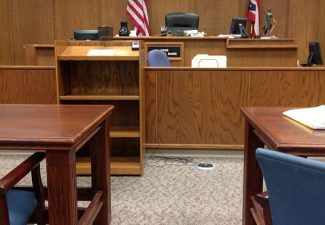 Back in December, reality TV star Apollo Nida of Real Housewives of Atlanta fame tried furiously to have his divorce thrown out of court by divorce lawyers. It’s a process known as having a settled divorce case “vacated.”

In this issue, we’ll explore the topic a bit more and provide reasons some people may want to have their divorce decision vacated.

What Does Vacating a Divorce Mean?

In essence, it’s a “do-over.” A motion to vacate a judgment is a request for the court that decided the original divorce case make the verdict unenforceable because of some mistake.

What’s Going on With Apollo?

Phaedra Parks filed for divorce from Nida while he was in prison for his role in a financial fraud scheme. Shortly after the divorce was finalized, Nida fought the ruling on the grounds that he felt he was taken advantage of because he couldn’t mount a strenuous defense on his behalf while behind bars.

In addition to wanting the divorce vacated, Nida is seeking joint custody of their two young sons.

Reasons to Have Divorce Vacated

Among the most common reasons for seeking to have your divorce vacated are:

Simply filing a motion to vacate does not guarantee that a court will agree. It must be proven to the court that the mistake or whatever caused the error was important enough to have affected the judgement itself. After all, there are many ways to fumble a divorce.

Want Your Divorce Vacated? The Men’s Legal Center of San Diego Can Help

It’s sometimes easy to forget that judges and courts make mistakes just as anyone else does. If you feel that you’ve been wronged by a court’s decision, you definitely need the expertise of a skilled attorney who knows divorce law. Learn more about the reasons for divorce from our blog.