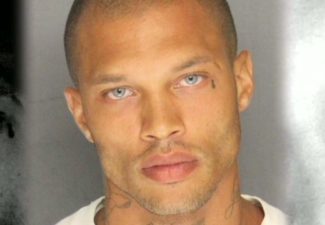 Jeremy Meeks, who shot to modeling superstardom after his arrest mugshot caught the attention of women throughout the country, has filed for divorce from Melissa, his wife of 8 years.

The move was surprising to many because his wife said that she had planned to divorce him after he was caught by paparazzi in the arms of another woman while on a solo European promotional trip.

In this issue, we’ll talk about why Meeks’s move to be the first to file could benefit him enormously.

Why did Jeremy Meeks file for divorce?

While on a trip to promote a night club, Jeremy was photographed kissing Topshop heiress Chloe Green. Photographs of the two were published to social media.

While his wife confirmed that she was planning to divorce Jeremy, he beat her to the punch.

Why did Jeremy Meeks’ wife hesitate on being the first to file for divorce?

According to reports, Melissa had plans to divorce Jeremy after she saw photographs of him, but hesitated because she felt unsure about what to say to their 7-year-old son.

How could filing first benefit Jeremy?

As we noted in an earlier entry, being the first to file for divorce can put you in the driver’s seat for the entire process.

Jeremy’s divorce documents, which were obtained by TMZ, show that he is asking for joint physical and legal custody of their son.

Also, he lists the date of their separation as being June 24, which is 4 days before he was captured by photographers with Green.

Even though the judge’s decision is not based upon who files first, being the one to do so can position you for a series of advantageous moves throughout the divorce process.

Also, his lawyer will probably be able to present Jeremy’s side first to the judge in a calm and reasonable matter without needing to be antagonistic to his spouse.

It also means that his spouse’s defense will only be presented after his case has been established, and his lawyer will have the right to rebut the presentation made by your spouse’s lawyer.

This is where filing first can protect valuables. Once you file a petition for divorce, an Automatic Temporary Restraining Order (ATRO) kicks in.

The ATRO immediately locks the assets of the couple, and prevents either spouse from transferring, liquidating or hiding them.

But the whole world saw Jeremy with another woman; will that not hurt his case?

Even though many people throughout the world saw the photos of Jeremy kissing another woman, it’s important to remember that California is a No-Fault Divorce state. Simply put, this means that – even in cases in which adultery or some other cause can be proven – neither party is actually required to prove the other spouse did anything wrong.

If You’re Thinking of Filing for Divorce, Call The Men’s Legal Center for Advice

As you can tell from reading above, there is a myriad of variables to consider before actually filing for divorce.

Here at The Men’s Legal Center, we invite you to leverage our knowledge of Family Court law so that you can be in the best possible position for a favorable outcome.