Is Beverly Hills 90210 Star Being Unreasonable by Wanting His Ex to Work? 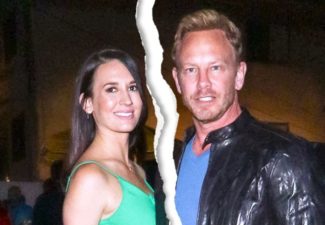 Veteran actor Ian Ziering has a fairly reasonable request for his California divorce.

The “Beverly Hills 90210” star says he’s more than willing to pay spousal support. He just wants his soon-to-be former spouse to get a job.

The San Diego men’s divorce lawyers with the Men’s Legal Center understand that spousal and child support are two huge hurdles that need to be cleared in many divorces. While we realize most people want what they consider to be fair in their divorce, we do all we can to make sure our clients aren’t being taken advantage of.

Ian Ziering’s Request at a Glance

In his divorce response, Ian says that while he’s willing to provide a “reasonable spousal support for a limited time,” he wants his wife – Erin Ziering – to be able to support herself financially.

What are Ian’s Rights?

During negotiations, the attorneys for both parties will likely base their arguments upon imputed income.

Essentially, this is the amount of income that would be earned by a parent who refuses to work. Any amount of support owed would then be based upon that amount.

For example, let’s say Erin and Ian are both actively employed. Any decision based upon spousal or child support will be based in part on those two incomes.

However, since Erin is currently not working, any decision about support could be grossly unfair to Ian because there’s no salary base from Erin to help with expenses.

How Will the Court Rule?

That could be difficult to predict with 100 percent accuracy. For starters, Ian and Erin could reach an agreement during their divorce negotiations.

If the matter does proceed to court, the Regnery Rule will most likely be followed.

Settled in a California Court of Appeals in 1989, this guideline focuses on:

Once the court is satisfied that the former spouse isn’t willing to work, the court will then make their ruling on the amount of support owed – if any.

To Make Sure You Get a Fair Shake in Your Divorce, Call the Men’s Legal Center.

Money can be one of the most contentious issues of just about any divorce. While you probably want what’s only fair, we want to make sure you’re not being ripped off.

For a free phone evaluation or to schedule a meeting, call the Men’s Legal Center at (619) 234-3838. You can also reach us via email or by completing our online form.