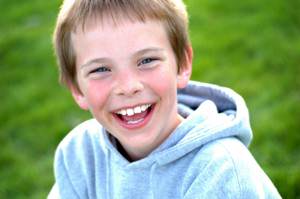 Everyone understands that society in general has changed a lot over the past generation.  More and more women have entered the workforce, more children are growing up in single-parent homes and divorce cases are becoming more complicated when children are involved.  As such, some jurisdictions are attempting to react to these changes by looking closely at their sets of rules and standards with regards to some issues that include child custody.  Indiana is one such jurisdiction.

The state has taken one step closer towards completely revamping its general rules and guidelines when it comes to child custody norms.  These new guidelines were approved by the Indiana Judicial Conference, and if the Indiana Supreme Court approves them then they will begin to take effect across the state during the early part of 2013.  These guidelines would continue to have judges follow generally uniform guidelines across the state so that confusion can be minimized.

If these guidelines are approved, some of the guidelines that would be put into place would deal with very specific times for picking up and dropping off children when custody changes for a weekend.  These regulations would also deal with how holidays and summer vacations would be dealt with.  Overall, these new standards are being considered because there’s a public interest in minimizing the conflicts that can arise between parents of children who are no longer together.

When child custody issues arise anywhere in the United States, it is a difficult situation for parents and children to endure regardless of where they are adjudicated.  Fathers who face these situations need to be able to take steps that protect their legal rights and interests and the rights and interests of their children.

If you are a father who is facing some sort of issue that relates to the custody and care of your children, you need to seek the help of San Diego child custody lawyers who have been fighting for the rights of fathers for many years.  Contact the Men’s Legal Center today to schedule an initial consultation.