I Have Been Accused of Domestic Violence 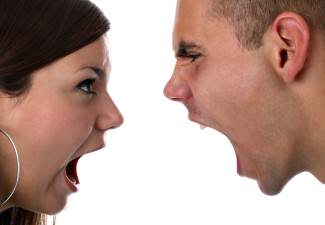 One of the most powerful tools that a spouse has in her arsenal these days is a charge of domestic violence. Laws have changed to protect victims, which is a positive thing in general. However, there are people who are not above using these positive changes for their own benefit. This means that you could be accused of domestic violence when you are innocent, simply because your former spouse wants to hurt you or put you in the position of having to pay more money.

Fortunately, you are entitled to defend yourself when you are accused of this terrible crime.

San Diego domestic violence lawyers such as those at Men’s Legal Center may be able to help.

How Can I Be Accused of DV If I Am Innocent?

In the past, it was difficult to prove domestic violence. The fact that some men got away with assaulting their spouses led to sweeping legislative changes. Unfortunately, we are now finding that the pendulum may have swung too far in the opposite direction. In some cases, a mere accusation of DV is enough to have a man arrested. Once he is arrested, it is very difficult to fight a domestic violence case. In fact, in most crimes it is up to the prosecutor to prove the defendant’s guilt, but in practice many men find themselves trying to “prove” their innocence when it comes to domestic violence.

Unfortunately, until practice catches up with the intent of the law to treat all parties fairly, men can be at a disadvantage when it comes to a DV accusation. The best recourse may be to have strong legal support so that you understand your rights and can take responsive action to any accusations that you may face from your former spouse. The advice of a legal separation lawyer for men‎ who understands your unique needs can be invaluable.

In addition to helping you with domestic violence charges, Men’s Legal Center can also provide you with an experienced San Diego paternity attorney if you are being sued for child support; a

legal separation attorney who will help you handle a legal split of your assets; and a divorce attorney who can work with you to find the best possible outcome for your case. Contact Men’s Legal Center today to learn more about how we can help you.