How to Avoid Child Favoritism 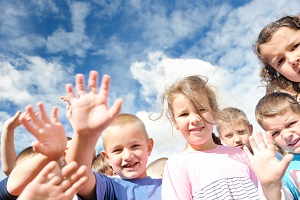 If you have children, you may be favoring one child over another and not even realize it. Research tells us that parental favoritism is surprisingly normal, even if we don’t know we’re doing it. In fact, it’s thought that child favoritism is prevalent in up to two-thirds of U.S. families.

Because the San Diego men’s divorce lawyers with the Men’s Legal Center are very much pro-dad, we’ll delve deeper into the topic of unconsciously favoring one child over another and steps you can take to avoid it.

How can I favor one child without even knowing it?

Favoritism can present itself in different ways, including providing one child with more affection, additional privileges, less discipline and more time with you.

Researchers with Brigham Young University and Penn State University interviewed 388 families consisting of married parents and two siblings no more than 4 years apart in age. Over the course of the 3-year study, results showed 48 percent of the parents thought of their oldest child as the more capable academically – regardless if there was evidence to back it up.

The survey also found how the parents feel about their children’s abilities in the classroom had a strong bearing on the children actually performed in the classroom. The favored child tended to experience improved grades more so than the other child did.

Why does favoritism occur?

During an interview with CBS News, one noted psychologist from The Ackerman Institute offered a variety of reasons for why favoritism occurs. Although this interview occurred in 2002, the same principles apply.

According to her, favoritism of one child over another can occur for a host of reasons, including:

How can I avoid showing favoritism of one child?

There is a host of proactive steps you can take to make sure each of your children know they’re loved.

For expert advice from a men’s divorce lawyer in San Diego, call the Men’s Legal Center.

If you’re a man facing divorce, we urge you to get in touch with us here at the Men’s Legal Center. Our sole purpose is to make sure men have the resources and knowledge they need for the best possible outcome in family court.