How Much of My Income Will Go For Child Support? 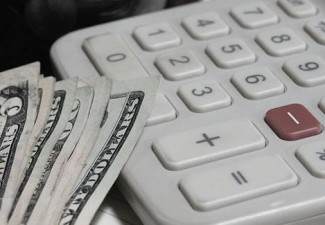 How much of your income ultimately leaves your hands each month in the form of child support payments depends on several factors. Unless you have a knowledgeable divorce lawyer working on your case, it is almost impossible to estimate how much child support you will have to pay in advance.

What Does California Law Say About Child Support?

California law clearly states that a parent’s first obligation is to support minor children according to the parent’s circumstances in life. Both parents are held to this standard, although generally one parent is given credit for having the children the majority of the time and providing shelter, food and clothing for them, while the other parent makes up his or her portion through child support payments. When parents are about equal in income and the child spends about half of his or her time at each home, the support payments may be low. When one parent has the child 90 percent of the time and makes very little money while the other parent makes a substantial salary, the non-custodial parent will probably pay a great deal of money in child support.

Judges in California have a duty to consider the best interests of the child. Most judges believe that having the child about 50 percent of the time is in both the child’s and the parents’ interests, so they try to encourage joint or shared custody arrangements whenever possible.

However, judges also believe that children should be able to enjoy the standard of living appropriate to their parents. Therefore, if one parent has a high income and the other a low income, it is very likely that the high-income parent will pay a significant sum to the low-income parent each month in child support. This is not to benefit the custodial parent but, rather, to raise the child’s standard of living to the level the court sees fit.

While it is difficult to put an exact number on child support, it is safe to say that a non-custodial parent who spends little time with the child will pay more than a parent who has the child up to 50 percent of the time. If you have other questions about child support payments, talk to a divorce lawyer at the Men’s Legal Center. These experienced divorce attorneys in San Diego can help you understand your child support obligations and keep them reasonable.