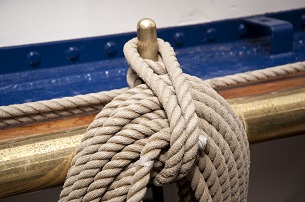 In May, hundreds of family members waved goodbye as three U.S. Navy ships deployed out of Naval Base San Diego. For families with service members who already have custody requirements in place or who are in the midst of settling them during the divorce process, deployment can be another cause for stress.

In this issue, the San Diego military divorce lawyers with the Men’s Legal Center will discuss the impact military deployment has on custody and divorce issues.

What happens to my custodial rights if I’m deployed?

First off, keep in mind that the best course of action is for you and your child’s other parent to reach a custody agreement together. Even in a military divorce, the courts will generally work with both of you if an agreement is already in place.

As for the legal rights of the servicemember facing deployment, the Service Members Civil Relief Act (SCRA) puts a 90-day stay on any legal proceedings involving military personnel for the first 90-days being deployed.

In addition to a 90-day on civil judicial proceedings such as divorce, the SCRA also protects deployed service members from

After the 90-day federal stay has expired, California Family Code Section 3047 will then control how custodial issues are addressed.

If the custody arrangements have yet to be finalized prior to deployment, the servicemember can request the hearing be changed to an earlier date so they can take part.

In cases where the court date cannot be changed and deployment has already occurred, the servicemember can still participate in the custody hearing either through video-conferencing or by phone.

Keep in mind that California courts are primarily concerned with the child’s well-being and will generally do all they can to make sure custody hearings are fair for all parties.

Can custody changes be made while I’m deployed?

Any changes to custody arrangements during deployment are temporary. Once the servicemember’s tour of duty is over, custody will go back to the original court orders.

To make things as easy as possible on the child, the court may allow some changes to the custody arrangement, such as temporary relocation or visitation with members of the deployed parent’s family (parents, grandparents, uncles, aunts, etc.).

For expert legal advice for your military divorce, call the San Diego divorce attorneys with the Men’s Legal Center.

We’re proud to serve in a military host city, and realize that service to our country is a noble thing. We also realize the importance of maintaining family bonds.

The military divorce lawyers at the Men’s Legal Center know all the differences between military and civilian divorces and will be glad to answer any questions you may have.

For a free consultation and to schedule your first appointment, call the Men’s Legal Center at 619-234-3838. You can also reach us via email.