Gray Divorce on The Rise 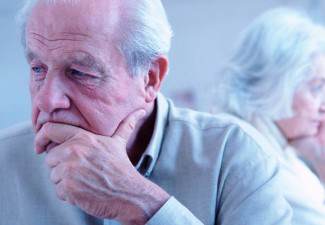 According to a new report by Susan L. Brown and I-Fen Lin, sociologists at Bowling Green State University, the divorce rate for Americans over the age of 50 has doubled since 1990. What is even more shocking is that the divorce rate has more than doubled for couples over the age of 65, leading to the term “gray divorce” to describe divorces that occur between older couples, particularly those who have been married for many years.

Researchers initially believed that the sharp rise in gray divorce rates may have been due to an increase in older people who have decided to remarry, as second marriages do not typically last as long as first marriages. However, almost half of all gray divorces are between couples in their first marriage, and many of these couples have been married for more than 20 years.

What Is Causing Gray Divorce?

“As women achieve more financial independence and autonomy, frankly, they can afford to get divorced,” said Brown, offering reasons to explain the significant rise. The increase in average life expectancy also means that many people still have 20 years to live after they retire, a time which could now represent a new era of freedom and independence. Some women may also struggle to live with a spouse as divorce becomes more socially acceptable, and dating sites for over-50s mean that finding singles is only a few clicks away.

The legacy that gray divorce leaves behind, however, can be very tragic. Adult children have a hard time dealing with their parents’ divorce, although not necessarily in the same ways as small children. Additionally, dividing years of accumulated assets can create a serious problem for both partners, especially if retirement planning was done with the idea that both incomes would be funnelled into one residence. There are many gray divorces that leave one or both partners near destitute or force them to go back to work long after they were planning to retire. However, with the proper planning, it is possible to plan a gray divorce that will leave each partner with enough assets to continue to live comfortably.