Get the Facts on Annulments 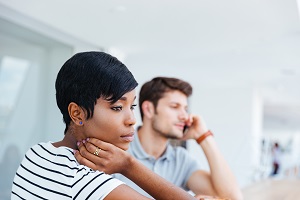 Over the course of the last several years, there have been a host of celebrity marriages that have ended in annulment. Among them were Renée Zellweger and Kenny Chesney, Carmen Electra and Dennis Rodman, Britney Spears and Jason Alexander, and Kim Kardashian and Kris Humphries.

In this issue, we’ll take a closer look at annulment so that you can decide if it’s a viable option for you.

Annulments and divorces are two different terms. While a divorce will mark the end of a marriage, an annulment treats a marriage as if it never existed. Annulments are granted in cases where the marriage was void under California law.

What are grounds for annulment in California?

There are actually quite a few reasons a judge will grant an annulment. Among them are:

Is there a statute of limitations for annulments in California?

While you can file for divorce at practically any time, there is a statute of limitations for annulments. Here’s how it breaks down:

How do I get an annulment in California?

The process is actually very similar to that of getting a divorce. While you can follow the step-by-step instructions provided by the State of California, the process itself can be a complicated one. Because of that, you’re strongly encouraged to leverage the expertise of a skilled divorce attorney.

To talk more about annulment and the rest of your options, contact the Men’s Legal Center in San Diego by calling (619) 234-3838 or through email