Find Out Why Single-Dad Households Are Increasing 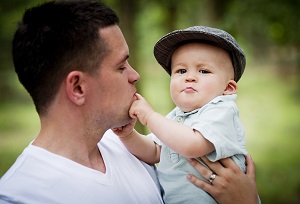 If you’re a single-father feeling a bit intimidated by leading your home solo, you will hopefully find solace in the fact that you’re not alone. In fact, data from the U.S. Census Bureau tells us that there’s been a steady increase in the number of single-father households.

What’s behind this societal shift? We’ll talk about it in this issue.

How many children live with just their father?

Why are more children of divorce living with their father?

While it’s true that in the past, mothers traditionally were awarded physical custody of children in divorce cases seemingly by default, there’s been a noticeable shift in societal attitudes about single-fathers as parents.

In addressing the rise of single-father households, an article from The Atlantic states that most men want to share equally in parenting responsibilities but assume that the courts will favor the mother. Because of this, many men used to settle for less parenting time, but that’s changing.

Specifically, the article points to when the state of Oregon became one of the first to enact joint parenting legislation. While the goal of the law was to increase the amount of joint parenting, the result was that it actually increased the number of fathers awarded sole custody.

The shift at the court level has coincided with a rise in the number of mothers who are opting to pursue careers outside the home and fathers becoming much more self-confident about their abilities as a parent.

Are you a father facing divorce in San Diego? Call the Men’s Legal Center.

Even though your marriage may be ending, your role as a father certainly isn’t. In many instances, perhaps in areas you aren’t even aware of yet, you hold the keys to your child becoming a thriving adult.

Get in touch with us here at the Men’s Legal Center in San Diego. Our mission is to make sure men like you have the resources and help you need for the best possible outcome.