Find Out Why Single People Are Happier 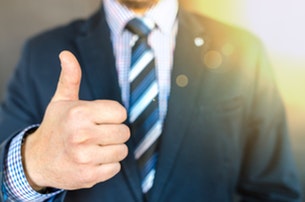 While it would be difficult to imagine anyone going into a marriage with the intention of it being temporary, there appears to be scientific proof that divorce can be good for you in many ways.

That’s the conclusion of a psychologist with the University of California Santa Barbara who is spreading the word throughout the nation that single people are indeed happier overall than their married counterparts.

How can single people be happier?

In an 18-minute TED Talk she presented last year, the psychologist explained that in spite of being bombarded by movies, love songs, and novels that “everyone wants to find that special someone,” many married people do not become happier or healthier psychologically than they were previously.

In fact, the psychologist maintains that more and more people are opting for the single life, and are thriving.

Is there actual research to support the idea that single people are happier?

Yes, tons. For example, one study found that single people utilized their social networks more, and actually provided and received help from their friends much more than their married counterparts.

The importance of more friends
Making friends is critical, especially as we get older. A study published in the British Medical Journal confirmed that people with regular contact with 10 people or more were significantly happier than those with less such interactions.

A separate research carried out by a psychology professor with Michigan State University confirmed that “…good friends can make a difference in our health and well-being.”

Singles are more fit
It’s not only the minds of single people that tend to be stronger. There’s other scientific research to show that single people also tend to be more physically fit. In the study of nearly 4,500 people, those who were single had slightly lower body mass indexes and were, on average, 5 pounds lighter than married people.

Stronger minds
Another strong benefit to the single life is the availability of alone time, which has proven to be important for increasing our overall sense of freedom as well as our creativity and levels of intimacy.

Start that next happy chapter of your life by calling the Men’s Legal Center, the men’s divorce lawyer in San Diego.

While divorce is the end of one chapter of your life, the next chapter can be an especially happy one. To get started, call us here at the Men’s Legal Center in San Diego.