Find Out Why Captain Kirk’s Decision Was So Smart 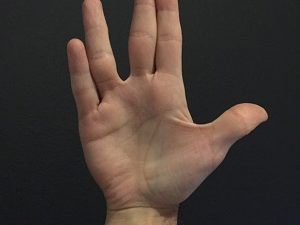 Do you know who is counting his lucky stars he has a prenup? None other than Admiral James T. Kirk himself, William Shatner.

Soon to be entering a territory where few men have gone before, Shatner has filed for divorce from his fourth wife.

Shatner, 88, has an estimated net worth of about $100 million. The soon-to-be-former couple has no children together and they signed a prenuptial agreement before tying the knot in 2001.

Prenups and Postnups Aren’t Just for the Wealthy

Amazon owner Jeff Bezos took a lot of (well-deserved) heat when it was revealed he had no prenuptial agreement with his now ex-wife. At the time of the divorce, Bezos was worth an estimated $150 billion.

In comparison, Shatner’s decision to have a prenup in place seems absolutely genius.

Prenups and postnups (similar contractual agreements that are signed during a marriage) make just as much sense for the everyday man – regardless of income.

Some reasons showing just a few of the benefits of prenups and postnups include:

According to recent reports, millennials, in particular, are increasingly using prenups and postnups.

An expert said one of the reasons for this trend is the fact that “many millennials themselves are children of divorce,” and so they’re already encouraged to protect their interests.

To Protect What’s Yours From the Impact of Divorce, Call the San Diego Men’s Divorce Lawyers with the Men’s Legal Center.

You’ve worked hard in life for what you have. If you don’t already have a prenup in place, we can help you draft a postnup, and give you advice about how to broach the subject with your spouse or partner.

For a free phone evaluation or to schedule a meeting, call the Men’s Legal Center at (619) 234-3838. You can also reach us via email or by completing our online form.