Find Out How to Handle False Allegations of Abuse 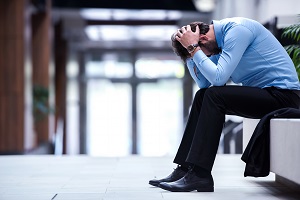 Allegations of domestic abuse are the latest twist in the ongoing nasty divorce of actors Duane Martin and Tisha Campbell-Martin. But are the allegations true?

In this issue, the San Diego divorce attorneys of The Men’s Legal Center will talk about what’s going with the latest claims in the couple’s divorce proceedings and discuss the potentially devastating impact of false allegations of domestic abuse.

One thing is for sure: if you’re accused by your former spouse or partner of domestic abuse, you need legal help fast. Get in touch with us here at The Men’s Legal Center by calling 619-234-3838 or send an email.

What’s going on with Duane Martin and Tisha Campbell-Martin?

In January, Tisha filed complaints of domestic abuse throughout their marriage. The strange part is that – even though she filed for divorce in February of last year – this is the first time she has mentioned the abuse allegations.

For his part, Duane is heatedly disputing the allegation and believes Tisha has issued them simply to gain leverage for custody of the couple’s two children.

We’ll keep you posted on the outcome of Martin divorce.

What should I do if my ex files false abuse allegations against me?

Because they can have a devastating impact on divorce proceedings, allegations of abuse are often referred to as the weapon of mass destruction in divorces.

You may be surprised at just how little evidence is needed to file and receive an order of protection – even when the allegations are false.

Once the order of protection is granted, though, it can seriously impact the accused person’s rights to a fair shake in the divorce case.

If allegations of abuse are filed against you, your first step is to get in touch with your San Diego divorce lawyer ASAP.

It’s also in your best interest to go into self-preservation mode by collecting as much evidence as possible to clear your name. This can include emails, texts, letters, and practically anything else that will portray you in a positive light.

For expert legal advice during your California divorce, call the San Diego divorce attorneys with The Men’s Legal Center.

We’ve earned our reputation of trust and can position you for the best possible outcome of your divorce.
You can reach us at 619-234-3838 or via email.