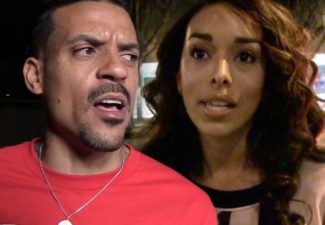 The ex-wife of Los Angeles Clipper Matt Barnes has, hopefully, learned the powerful lesson that how you conduct yourself has a huge impact in the determination of who is awarded child custody. After her arrest for felony child endangerment, Gloria Govan lost physical and legal custody of former couple’s twin 10-year-old boys.

In this issue, the San Diego family law experts with the Men’s Legal Center will explain what happened, and talk more about how you can position yourself to win potential custody battles.

What happened with Matt Barnes?

According to reports, Barnes was granted physical and legal custody of his children after a “dangerous fight” with her ex.

It all happened near the end of a school day as Matt drove to pick up the children. Gloria, however, was already in the school parking lot and the children were in her vehicle. After being told by Matt to get in his car because they were scheduled to be with him, the children did as they were told.

Unfortunately, Gloria flew into a rage, blocked Matt’s car, and began screaming and cursing. Also damaging was the fact that, in her confrontation, Gloria violated a restraining order Matt had obtained for fear of his physical safety.

In addition to Matt being awarded custody, Gloria was ordered to complete 26 sessions of anger management and 10 parenting classes.

How can I protect my custody rights?

There are quite a few rather simple steps you can take to prevent your custody rights being taken from you.

To secure your custodial rights, call the Men’s Legal Center in San Diego.

We’ll make sure you have the resources and knowledge to position you for the best possible outcome in family court, and help to maintain your bond with your child.