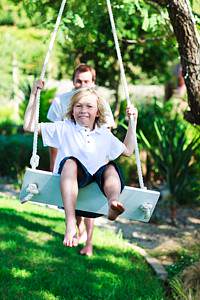 When parents of a child or children decide that they need to pursue a divorce, they obviously face a very difficult situation. Not only is their marriage ending, but their family is being torn apart and will have to learn to live in separate homes in the future. This reality can lead to much in the way of hesitation and other negative emotions, and fathers who face a contested battle for child custody often must overcome many doubts in order to properly protect their legal rights. This is much easier said than done in most situations.

Fathers should also know that there are many factors that could be considered by a court when it is attempting to decide on a child custody arrangement pursuant to a divorce case. Below you will find a brief overview of these factors that will be presented in the way that a court could approach them. Any father who faces this difficult legal battle needs to obtain the help of experienced San Diego child support lawyers as soon as possible.

The Best Interests of the Child or Children

The overriding factor that must be considered above all others by any court attempting to decide a child custody issue is what would be in the best interests of the child or the children. This is hardly a narrow element, and it can involve many different details and particularities regarding almost any individual situation. What a court will generally do is look at the facts of the situation and attempt to define the best interests of the child or children based on those facts.

Specifically, a court may look at the nature of the relationships between the parents and the child or children and attempt to maintain as normal a routine for that child as possible with as few disruptions as possible. Therefore, a court may look at how much time each parent spends with the child, who tends to help the child through his or her daily routine and which parent provides the meals and other needs.

There are other considerations that could be relevant when a court decides on child custody. For instance, the court will generally want to have the child or children maintain a close relationship with both parents. However, that could change if there is any history of abuse by either parent or if there is a history of substance abuse by one of them. Any factor that could lead to harm to that child or children will be given a lot of weight.

Despite the fact that most men believe that the mother is almost automatically given primary custody of a child, the reality is that this is not always the case. If you are a father who is facing the possibility of having to fight for the right to raise your children, you need to seek the help of San Diego child custody lawyers who have helped many fathers through this process. Contact the Men’s Legal Center today to schedule an initial consultation.