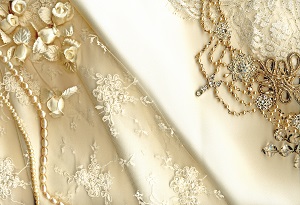 Is it true that you can’t buy happiness? A study confirming a possible link between lavish weddings and divorce seems to indicate that.

We’ll talk more about it in this issue.

While we certainly can’t say this is true for all weddings, the study – carried out by Emory University economics professor – says that the more spent on a wedding ceremony, the shorter the marriage.

The researchers looked a data of over 3,000 U.S. couples.

How much is too much?

From the study, we find that couples who spend $20,000 on their wedding – not including the cost of the ring – are 46% more likely than average to get divorced.

Does number of wedding guests matter?

Why does expense of wedding correlate to rates of divorce?

According to one of the authors of the study, it seems to boil down to financial stress and reasons for marrying.

“It could be that the type of couples who have a cheap wedding are the types that are the perfect match for each other. Also, it could be that having an inexpensive wedding relieves young couples of financial burdens that may strain the marriage.”

We know divorce can be a mentally draining experience. The key to getting through it is understanding the abundant options and resources available to you.

To talk more about those options, contact the Men’s Legal Center in San Diego by calling (619) 234-3838 or through email.