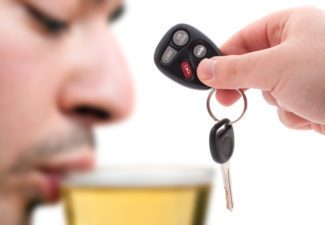 If you’re involved in a child custody battle with your ex-wife, the court will take certain factors into account for making their decision.

Simply put, the court’s main concerns are the safety, welfare, and well-being of your children. They want to make sure they place the kids in a safe environment. As a father, it’s crucial for you to show responsibility through your actions. But, mistakes happen in life. And some mistakes can have far bigger consequences than we could ever imagine. Case in point: DUI.

A DUI can jeopardize your chances of obtaining legal custody of your children. More often than not, fathers have lost their custody rights.

A DUI affects child custody cases because courts seek to determine the best custody arrangements for children. During the divorce process, the court will look at your driving record as well as your spouse’s record.

Not only can a DUI charge tarnish your driving record, but it can prove to be a deal breaker in the court. The court may find it difficult to trust your parenting skills.

DUI arrest in the presence of your children

This is much worse than driving alone. If your kids were with you when you were arrested for driving under the influence, your ex-wife may win the custody battle.

If you have a suspended driver’s license, the court can provide your kids’ custody to your former spouse. Having a suspended license means you can’t fulfill your children’s transportation needs. As a result, this may minimize your chance of getting child custody.

Last, but not least, repeated DUIs can adversely affect the court’s decision regarding child custody. The court may view you a danger to your children’s safety. Therefore, they may give your ex wife full custody of your children.

As per California law, a DUI conviction stays on a driver’s record for 10 years. If you’re fighting for the custody of your kids, but have a DUI, contact Men’s Legal Center in San Diego, California.

Men’s Legal Center are recognized for their sound, effective legal representation. They are one of the leading family law firms in San Diego with more than three decades of experience in child custody.