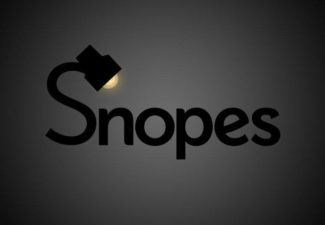 A contentious divorce between the founders of “fact-checking” website Snopes.com is showing just how sticky things can be for business owners during divorce proceedings.

In this issue, we’ll shed light on what’s happening in the Snopes case and provide advice to you for use if you find yourself in a similar situation.

What’s going on with Snopes?

A bit of back story, first. Snopes was launched in 2003 by David Mikkelson and his now ex-wife, Barbara. The business was an effort by the two to debunk myths and urban legends for people online. The site recently was chosen by Facebook to be its arbiter of fake news.

David and Barbara were the only two listed board members for Snopes, with each holding a single share in the company, which is known as Bardav, Inc.

Just after the Mikkelsons began divorce proceedings, Barbara sold her 50% share to Proper Media, which was also the Snopes technical provider.

David maintains that Proper Media is withholding money owed to Bardav, Inc., which is threatening the existence of Snopes. He says that the withholding of funds is preventing him from moving the site to another server, carrying advertising for the site, and providing other back-end functions.

Things got so bad that David resorted to launching a GoFundMe site for Snopes, and set a goal of raising $500,000 to keep it afloat. Within one day, over $530,000 had been raised.

In papers filed in Los Angeles in May, Proper Media says that David has been trying to gain control of the company and drain its financial resources. Specifically, they claim that he has embezzled nearly $100,000 in company funds to cover expenses for his honeymoon with his new wife and on prostitutes.

If you’re a business owner facing divorce, you definitely need the expertise of an attorney skilled in divorce law and how it relates to business ownership.

Among the issues commonly needed to be addressed in similar situations are:

If You’re a Business Owner Thinking of Filing for Divorce, Call The Men’s Legal Center for Advice

Again, divorce is definitely something that you do not want to handle on your own as there are a myriad of variables to consider – especially if you own a business.

Here at The Men’s Legal Center, we invite you to leverage our knowledge of Family Court law so that you can be in the best possible position for a favorable outcome.