Divorce Rate for Couples With Children Much Lower Than Those Without 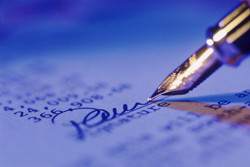 We have all heard the statistic regarding divorce in the United States in that approximately 50 percent of all marriages ultimately end in this way. Many of us understand how a marriage can fall apart, as sharing a life together can be difficult for anyone. Finances, major life decisions, general lifestyle and simply learning how to share nearly everything are all potential obstacles to a happy marriage. In addition, divorce does not carry the social stigma that it once did and people tend to be less wary of getting involved in this process.

However, there have been some statistics released recently that tend to fly in the face of some of these relatively well known numbers. For instance, research has recently revealed that couples who have children together are approximately 40 percent less likely to get divorced than couples who do not have them. The reasoning behind this statistic should be clear, especially to parents of children who are involved in marriages.

Specifically, breaking a marriage apart with children involved is extremely difficult. Many times, the issue of child custody will be hotly contested, and most parents realize that if this is not done right that the children will suffer. Unfortunately, too many parents make the mistake of working to minimize the exposure to harm faced by their children to the point where custody is awarded to the parent who may not be as equipped to raise them as the other.

People with children who face a divorce generally need to realize that in most situations, staying together even though it makes both parents constantly unhappy could lead to more harm for the children than obtaining that divorce. That’s because children living in these situations tend to grow up with a level of dysfunction that will seem normal to them by the time they reach adult age.

If you are thinking of ending your marriage and you have children with your spouse, you need to explore this decision fully by seeking the guidance of San Diego divorce lawyers so that you can make the right decision for everyone. Contact the Men’s Legal Center today to schedule an initial consultation.