Depressed? It Might Be Your Divorce’s Fault | Men's Legal Center 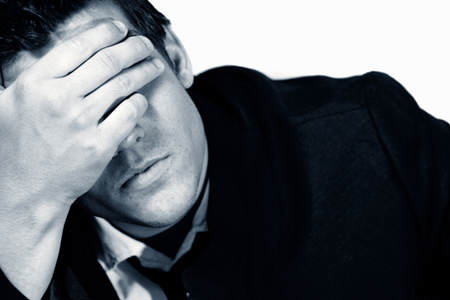 While not everyone who divorces becomes depressed, a new study asserts that for certain people, divorce can increase the risk of future episodes of depression.

The study was published in the Clinical Psychological Science journal and noted the association between receiving a divorce decree and having future bouts of depression. Researchers determined that a divorce can increase the risk of future depression for those who have already been diagnosed with the condition. However, for those who do not suffer from depression prior to the divorce, there was no link between obtaining the divorce and future depressive episodes.

Divorce is one of the most stressful life events anyone can undergo. On most scales that rate stressors, divorce is at the very top of the list along with death of a loved one and, ironically, divorce is the death of a marriage.

Investigators posed a question: Since certain factors such as marital discord, neuroticism and hostility are more likely to lead to divorce, do these factors also increase the risk for depression?

Researchers matched participants who had separated or divorced during the study to someone with the same number of previously identified factors who had not divorced. The researchers were able to account for the random assignment of people to various test groups in this manner, since it is impossible to randomly assign those who will divorce or stay married.

While researchers immediately found that there was a link between divorce and depression, there was a much more complex dynamic at play. Divorce and separation only increased the likelihood of depression for those who had already had depressive episodes in the past. Nearly 60 percent of those with a history of depression who divorced during the study experienced a depressive episode after their divorce was final.

Source: Psych Central, “Divorce may or may not increase risk for depression,” Rick Nauert, August 28, 2013.