Custody Orders – 3 You Should Insist Upon! 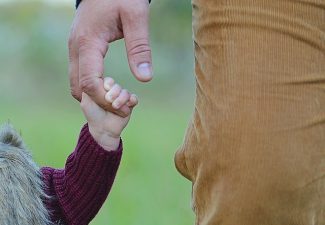 Contrary to popular belief, California family law courts don’t favor the mother more than the father when it comes to divorce or establishing child custody. The best interests of your child are considered which means a decision of California courts could go either way!

Another popular notion regarding court decisions—especially in child custody cases—is that judges underutilize some orders. This isn’t so! There is no reason for a judge to discredit any of the following custody orders:

Today, both parents have to work in order to make even a decent living. They have other commitments in addition that may encroach on their time (with the child). Most of the times, you will know in advance if there’s going to be a time where you won’t be able to look after the child directly.

In such cases, the parent may choose to hire a babysitter, take the child to a daycare center or call a close friend or relative. This is where the right of first refusal comes into play. In family law, this means the parent must first offer child’s responsibility (for that period) to the other parent before seeking a third party. Not only is this order beneficial for the child, but both parents!

California family courts will establish custody and visitation orders (that are later followed by both parties) based on the best interests of your children. These visitation and custody orders aren’t set in stone, i.e. they can be changed by the courts if they perceive best interest of your child lay on more visitation hours with the non-custodial parent.

A situation where this type of order may work? Let’s say for instance you are the non-custodial parent and wish for overnight visitation rights with the child. The court may offer only daytime visitation (at the time of hearing) but could agree to overnight visitation after several weeks or months as per this order.

Any kind of conflict between parents is bad for the child, even after a smooth divorce. This is why it’s important to have clear visitation and custody rights and to follow them to the letter. Even standard orders placed by courts (parents will not speak negatively about the other) don’t work due to third party interference.

Although family courts can’t legally bind third parties in custody cases, this order does warrant immediate removal of the child from a situation where a parent is being belittled.

Seeking professional help from a qualified family law attorney is often the best action. Get in touch with Men’s Legal Center today.