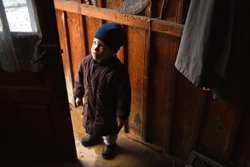 When parents who are supposed to pay child support do not remain current with those payments for whatever reason, they can encounter serious legal problems as a result. These legal consequences can vary by jurisdiction to an extent, but in general people in this position can face fines, aggressive collection efforts, contempt of court charges and in some cases jail time. A man in Wisconsin, however, was recently forced to accept another remedy.

The case concerns a man in Wisconsin who was approximately $90,000 behind in child support payments. These payments were to be made for the support of nine children with six different women. Despite the collection efforts that were made, the man was not catching up and he faced criminal prosecution. He was given probation on the contempt of court charge, and at the prompting of the prosecutor the judge ordered the man to stop having children until such time as the existing child support payments were brought current.

Despite the fact that there was precedent in place for this decision based on a prior ruling by the Wisconsin Supreme Court, some legal scholars have argued that such a remedy would likely be found to be unconstitutional. However, supporters of the decision cite precedent and the fact that the decision was narrowly scoped. Regardless, as of now the man is not allowed to have more children.

Parents who face potential problems with child support payments are not necessarily without options. However, in order to explore these options someone in this position needs to be proactive. Sitting and waiting for the situation to resolve itself will not lead to a positive outcome for anyone who is involved. Instead, parents need to seek modifications or some other solution.

If you are facing problems with regards to this type of an obligation, you need to seek the help of San Diego child support lawyers who have been fighting for the rights of fathers for many years. Contact the Men’s Legal Center today to schedule an initial consultation.