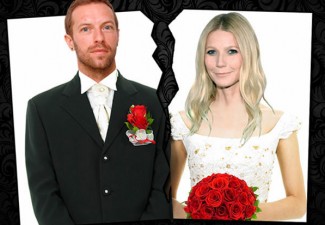 Coldplay frontman Chris Martin is giving the cold shoulder to his wife Gwyneth Paltrow’s petition of divorce. According to reports, Paltrow filed for divorce on April 20, 2015 and Martin was served with the proper legal documents on May 18. He has yet to answer the divorce petition.

While his non-response is rude, Martin is actually putting himself at that by not answering Paltrow’s petition. In essence, it simply means she’s probably going to get everything she requested in her divorce petition.

What’s at Risk For Not Answering Divorce Petition

When a divorce petition goes unanswered, a judge will base their decision regarding assets and debt distribution, child custody and visitation, and spousal support/alimony primarily on what has been requested in the petition. This is referred to as “true default” as you are non-responsive, and you are pretty much giving up your right to negotiate in the divorce case.

Not Responding But Still in Agreement

It is perfectly legal to not respond but still agree in writing with your spouse on a host of things, including the decision to end the marriage, division of properties, and support and custody issues. In this example, you are still listed as “default” because there’s no response. The case itself will be ruled “default with agreement.” The only caveat here is to make sure any written agreement with your spouse is notarized.

An “uncontested case” is categorized as such when you file a response but also reach an agreement in writing with your spouse, meaning the two of you aren’t fighting over the issues.

What Happens in a Contested Divorce?

If you respond to your spouse’s divorce petition but disagree with the terms, you are officially in “contested divorce’ territory. In these instances, mediation may be your best initial option so that you’re not giving total control of the terms over to the judge.

If you’ve been served with a divorce petition and are having difficulty recognizing your best option, contact the expert divorce attorneys at Men’s Legal Center in San Diego today. Our number is (619) 234-3838.