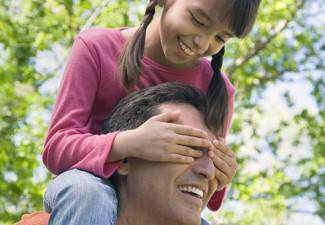 Child custody battles between unmarried parents can be just as complicated as those for married parents. The mother of the child is given custody more often than the father unless she is proven to be unfit, but it is not impossible for an unmarried father to gain primary custody of a child. If his name is on the birth certificate for the child, there is legally little difference between a married or an unmarried couple in their fight for child custody; however, married fathers may have a slight advantage in public opinion when it comes to seeking custody.

If the parents are unmarried but living together the primary concern in keeping the children safe and happy would be coming up with a plan for child custody.  It is always better if parents can work out custody issues between themselves without having to involve the courts. Whether parents are legally married or not, the child’s best interests must always come first. Therefore, making important decisions, including with whom the child will live and how much money will be paid for support, is best done together. If the best choice for custody is the father, it is important for him to protect his rights and seek physical and legal custody of the child, even if this is not the “normal” thing to do.

Some of the saddest custody situations occur when you separate from the mother of a child who is not biologically yours, but whom you have raised as if the child were your own. Unfortunately, proving that you have a legal interest in a partner’s biological child is a process fraught with problems, no matter how much you and the child may love each other. Unless you have legally adopted the child, a step few unmarried partners take, it will be a difficult legal battle to gain custody.

Other complex issues surrounding child custody of unmarried parents include parents who are living in different states due to work issues; the proper amount of child support to be paid when a couple has children that have different fathers; how to share taxes; and the responsibility of a parent to provide health care benefits.

Once you begin fighting for custody the state will perform a Child Custody Evaluation to determine the facts about your case. These evaluations are done by a mental health specialist and are performed over several weeks. These tend to be grueling and high-stress weeks, so it is best to have legal help if at all possible during this time.

Mothers tend to be the choice for courts to award child custody, even though this trend is slowly changing. According to the U.S. Census Bureau, in 2009, 82.2 percent of all custodial parents were mothers and 17.8 percent were fathers. For those mothers who are custodial parents, only 41 percent actually received child support in full. The U.S. Census Bureau also reports 36.8 percent of custodial mothers have never been married and 27.4 percent of custodial father have never been married.