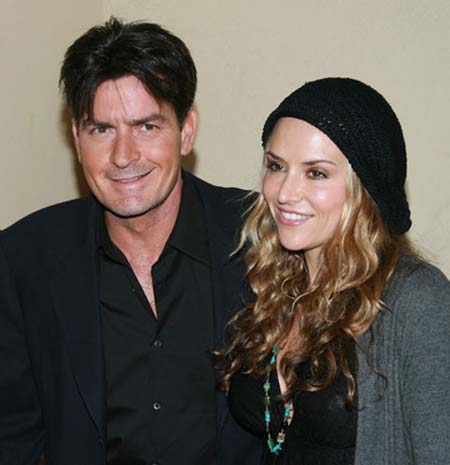 Despite the fact that neither Charlie Sheen nor his ex-wife Brooke Mueller is raising the couple’s twin boys—that honor has gone to Denise Richards—Sheen is still paying Mueller a substantial amount of child support each month.  This strange custody/child support arrangement has its roots in an attempt to balance the actor’s wealth with his ex-wife’s need for drug rehab to allow her to once again become a fit mother.

The two boys were removed from their mother’s custody when she was hospitalized for a drug overdose.  They were then placed with Sheen’s ex-wife Denise Richards who volunteered to take Bob and Max in with her own children.  Richards is currently raising a total of five children alone.

Sheen and Mueller appear to have reached some type of out-of-court deal whereby the actor agrees to pay her $25,000 per month in “child support” even though she does not have custody of the children.

However, this does not mean that similar situations have not happened.  In some cases, one parent is allowed to receive support from the other to help that parent work toward the point of being able to take care of the children independently.  In that case, both parents have an obligation to provide support for the children to the guardian who is raising them.

In general, courts must decide what is in the best interests of a child.  In cases where neither parent is really able to provide care for a child, an aunt, uncle, grandparent, friend or other guardian may be appointed by the court or agreed to by the parties to help raise the children safely and in a healthy environment.  The court can then order child support paid as it seems to be most appropriate to be used for the children.

The Men’s Legal Center attorneys have the experience to give the right advice to men who are contemplating a divorce situation in which child custody and support may be involved.  With the help of a family law attorney, men may find that they can make the right decisions about how to handle custody and support issues.