Can My Ex Agree to Medical or Legal Services for My Child? 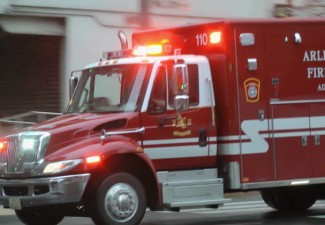 If your ex-spouse has joint custody of your children, it is likely that the two of you must make many decisions together.  Most joint custody agreements encourage parents to work as partners in raising their children even after the divorce is final.  For example, the two of you may agree on physical custody of the children for special holidays or trips that fall outside the normal range of your visitation schedule, or you may alternate taking the children to appointments.  However, there are some rights that both of you retain that allow you to make unilateral decisions for your children in emergency circumstances.  One of those rights is that of ordering emergency medical procedures to be performed on your child; the other is to take emergency legal action on your child’s behalf.

Can A Parent Take Emergency Action Without Consequences?

Most parents would agree that it is good sense to allow the parent who has the child in his or her custody at the time an emergency occurs to make split-second decisions, such as instituting life-saving measures.  However, problems can occur when one parent disagrees with the actions taken by another parent in times of emergency.  For example, some religions do not allow the use of blood transfusions, organ transplants or other life-saving measures.  If one parent follows this religion and the other does not, there could be issues surrounding what treatment to give a child in an emergency.  If one parent makes the decision, the other may press for legal action if it disagrees with his or her beliefs.

Similarly, emergency legal action is a broad term that could encompass many different actions from offering bail money to hiring an attorney or signing a consent to remove life support.  In these cases, the other parent might not agree with the choice made for the child, and legal problems could result.

The best way to solve these legal issues is to have a custody agreement drawn up that addresses the possibility of emergencies and how they should be handled.  If parents can agree on general guidelines prior to an emergency occurring, both will be better prepared to deal with one when it does happen.

A good divorce attorney with experience in drawing up custody agreements can be your best resource in preventing misunderstandings and problems.  Call Men’s Legal Center today to learn how we can help you craft the right custody agreement for your needs.