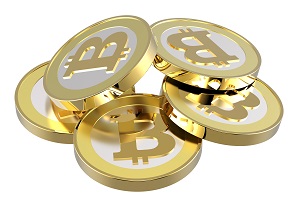 Technology, it seems, continues to change the way we go about our daily lives almost on a daily basis. Among the more modern developments is the Bitcoin. A recent article highlighted the growing use of Bitcoins, and the ability to hide them as an asset.

We’ll talk about it in this issue, and provide information about the serious legal consequence you could face if caught trying to hide assets – even in Bitcoin form – during your divorce.

Bitcoins at a Glance

Simply put, Bitcoins are an electronic cash system. They can be used to buy things, but a big difference between them and conventional forms of money is that there’s no single institution – like a bank –controls them.

Another big difference with Bitcoins is anonymity. Even though transactions involving Bitcoins are recorded in a public log, users’ names are never revealed.

If you’re even remotely considering hiding assets from your soon-to-be former spouse or partner during your divorce, you need to think again. Most states take the notion of hiding even one asset to be a serious issue, and California is no different.

When anyone in California begins to go down the path to divorce, the completion of disclosure declarations is among the first steps he or she will take. Both parties, actually, will be required to complete the forms.

Because the disclosure forms are required, it’s in your best interest to comply. If you don’t, your spouse can:

One of the more well-known incidents involving an attempt to hide assets during a divorce occurred back in 1999. After 25 years of marriage, a husband was shocked when his wife told him she wanted a divorce – and she wanted it in a hurry.

Apparently, just 11 days before she filed for divorce, the wife won a cool $1.3 million in the California lottery. While she told no one involved in the divorce case about her sudden windfall, a family court judge discovered her secret and awarded every penny of the $1.3 million to her husband.

Make Sure You Do Things The Right Way and The Legal Way: Call The Men’s Legal Center in San Diego

A divorce is a process. To make sure all of your interests are protected, and all requirements are completed and done the right way, get in touch with us here at The Men’s Legal Center.