Are The Times Really Changing: Why Do Moms Still Get Custody? 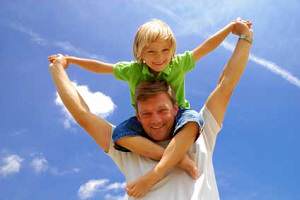 For many years, divorce was a relatively rare occurrence and when it happened, mothers were the almost unanimous choice for child custody. There was a presumption that the children were better off with the mother, who generally stayed home and played the role of caregiver for the family.

Today’s world is very different, however. Women are just as likely as men to have careers and to be away from children for large blocks of time. Because of this, women are no longer seen as the automatic custody choice by law. However, old habits die hard and many judges still lean toward mothers when awarding child custody.

“In The Best Interests Of The Child”

Most states imply or state outright that custody agreements should be “in the best interests of the child.” However, when it comes to those best interests, reality is sometimes slow in catching up with the ideal. Mothers are still more likely than fathers to be awarded custody if all else is equal.

This is one reason that it is usually in the father’s best interests to negotiate a custody agreement with his former spouse. Negotiating an agreement means you will have to compromise, but you are much more likely to get to spend large amounts of time with your children and participate fully in their upbringing if you have an agreement than if you rely on the courts to grant you these rights.

Who Does The Caregiving?

One factor that will definitely influence a judge’s decision in a custody battle is who normally takes care of the child. If you are a stay-at-home dad and “room dad” at your child’s school, you stand a much better chance of garnering sympathy with a judge that if you are absent at work 18 hours a day. It is important to document your caregiving activities so that you can show the court, if necessary, that you participate in caregiving for your child.

The parenting bond is also an issue. Physically and emotionally, children are more likely to be attached to their mother when they are very young. However, dads have successfully argued a strong parent bond with a small child when they are the primary caregivers, so documentation again becomes important.

Courts also look at the relationship between the parents when determining custody. Parents can agree to joint physical custody or sole custody with generous visitation rights. Judges will usually grant divorce decrees with either type of arrangement if it is obvious the parents can work together. Now is the time to put aside the resentment and swallow your pride; after all, you will have years of good interaction with your children as a reward.