Another Study Links Heavy Usage of Facebook with Divorce 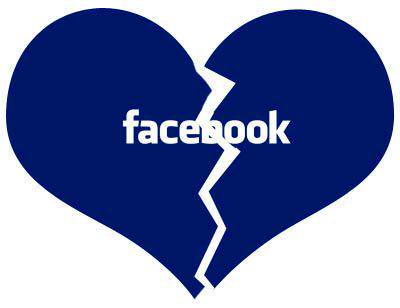 The advent of the social media age has literally changed our culture in the United States as well as cultures around the world. People are connecting with others like never before and they are networking in ways that were all but impossible even 15 short years ago. According to recent statistics, the Web site that is leading the way with regards to social networking is Facebook, which boasts of approximately one billion members around the world. Few if any business entities have achieved this level of market penetration across nearly unlimited demographics and countries.

Obviously, Facebook offers society much in the way of benefits. It provides users a chance to stay in touch with friends and family instantly, and it provides many more options than simply sending emails back and forth in terms of keeping people up to date on current personal events. It has also led to many different reunions and much in the way of education regarding different social causes and other types of phenomena that until Facebook came about received little if any attention. In short, Facebook has wired the world almost completely.

However, when anything achieves this level of power it will also come with some costs. There have been studies done in recent years that have linked the use of Facebook with divorce, and yet another study has been published that finds a link between heavy usage of Facebook and problems in personal romantic relationships. These problems were also found to lead married couples to pursue divorces. This link was found to be particularly strong with couples that have been together for relatively short amounts of time.

Researchers at the University of Missouri, the University of Hawaii at Hilo and at St. Mary’s University in San Antonio recently collaborated on a study that looked at more than 200 Facebook users who were between the ages of 18 and 82. At the start of this study, 79 percent of them reported that they were involved in a relationship. The subjects were asked about their use of social media Web sites and their use of Facebook in particular.

The study found that people who used Facebook heavily, meaning more than one hour every day, tended to experience more problems with their relationships than others. These problems included arguments, feelings of jealousy and distrust and ultimately to the failure of these relationships that included marriages. People who had been together for three years or less were found to be particularly at risk for these negative outcomes.

This is undoubtedly an issue that will continue to be studied in the coming years as Facebook and other social media Web sites become even more ingrained in our daily lives. People who face the end of a marriage for whatever reason need to take steps to make sure that they handle this process properly. If you find yourself in this difficult situation, contact the Men’s Legal Center today to schedule an initial consultation.