A Community Property State - California Divorce Laws May Be Draconian 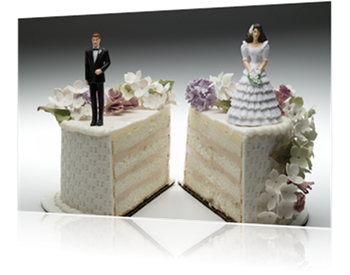 Every state has its own laws regarding divorce and the distribution of marital assets as well as child custody and child support standards. This means that what happens in one place may not mirror the events that take place in another when two couples in similar situations separate. What your brother-in-law did in his divorce may not work in your own, and vice-versa. It is important to understand how California law impacts men in divorce and how men can fight back against divorce laws that often seem to punish innocent people.

California is a Community Property State

In community property states, everything that is earned and all debts that are accrued during the course of a marriage are considered community property. This means retirement accounts, homes, cars and other assets belong to both parties and debts incurred by one spouse are automatically the responsibility of the other.

There are some exceptions to the community property statutes. Premarital assets, as well as, property gifted by inheritance are considered separate property instead of community property. However, if one spouse is substantially more financially gifted by inheritance or premarital assets than the other, this fact can be taken into account when the judge determines the amount of alimony to be paid.

Because of the laws favoring the distribution of all property equally as community property and the generous spousal support laws, California has a very high divorce rate. When spouses know they can leave a relationship and get a substantial payout, they are less likely to work out their differences and more likely to end the marriage.

California’s high divorce transaction costs may slow down some divorcing couples, but the advent of prenuptial agreements has tended to alleviate this problem. Those with a prenuptial agreement already know how much they will be getting from a divorce, so it is easy for them to divorce, speedily and inexpensively.

All in all, California’s divorce laws are not very marriage-friendly. Given the unfriendly divorce laws facing many husbands and fathers, those going through a divorce may wish to consult an attorney before making any decisions about property settlements, child support or child custody.