How Much is at Stake in Ozzy & Sharon’s Divorce? 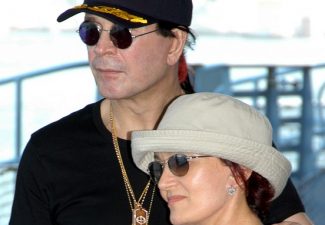 Celebrity divorces are so common; many popular news sites have entire sections devoted to them. Among the more sad cases is that of Ozzy and Sharon Osbourne. Married for 33 years – especially unusual for the entertainment industry – the Osbourne divorce is sure to be among the most expensive.

Are the Osbournes REALLY Getting Divorced?

It depends on who you ask. While the Internet world was abuzz with news of the Osbourne divorce in early May, a man who represented himself as being Ozzy’s former manager later said that the divorce talk was merely a publicity stunt. Ozzy promptly went to Facebook to label the man a fraud and that the divorce rumors were true.

How Much Will the Osbourne Divorce Cost?

Because of the longevity of their marriage, practically all of the couples’ finances are connected. According to Celebrity Net Worth, both Ozzy and Sharon are each estimated to have net worths of $220 million.

Real estate is among the biggest assets of the Osbournes, with a $10 million mansion in Beverly Hills and an estate in England.

In these states, estates are usually divided equally. There are some differences, though, from state to state. For example, while California divides debt and property equally, Texas courts will divides debts and assets equitably.

The prevailing thought among community property states is that assets and debts acquired during a marriage belong to both spouses.

To Make Sure You’re Getting a Fair Deal, Call The Men’s Legal Center

There’s hardly any discussion about the long-held belief that women tend to receive more favorable treatment in divorce cases. Our purpose here at The Men’s Legal Center is to ensure our clients get a fair deal.

We know that many men may be hesitant to seek legal help because they’re convinced the cards are stacked against them. However, our past clients know from experience that the sooner they ask for our help, the better their chances are for a positive result.