Jesse Williams Wants More Time With His Children; How You Can, Too 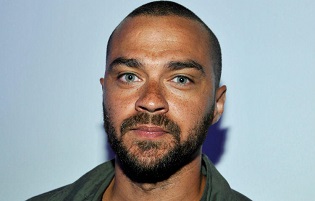 “Grey’s Anatomy” star Jesse Williams and his estranged wife Aryn Drake-Lee are putting on a textbook case of how divorcing parents should not act.

In this issue, we’ll talk about what’s going on between the couple and their two children, and share advice for how not to let this happen in your relationship with your ex.Child

What’s going on with Jesse Williams?

According to news reports, Williams is furious with Lee because she’s not holding up her end of a parenting agreement the pair reached in November. The agreement in part gave Jesse permission to keep their two children, 4 and 2, overnight if his scheduled visits fell on a weekend.

Jesse now claims in court documents that Lee has not maintained that agreement and even stiffed Jesse on plans for the kids to spend Christmas Eve and Christmas Day with him. He is also accusing Lee of severely limiting his time during telephone and FaceTime calls between he and the children.

In his recently filed documents, Jesse is demanding a regular – and enforceable –schedule with the children, including two weekdays.

Does Jesse have any legal footing?

He sure does…unless there’s other information he’s withholding. According to California state law (Family Code section 3020), it is the view of the courts that children have “frequent and continuing contact with both parents after the parents have separated or dissolved their marriage.”

How can I get more time with my child?

A huge component in the eyes of judges is how you treat your ex-spouse. For example, it’s definitely in your favor if a judge looks at you as someone able to promote and maintain a positive relationship with your ex.

Keep in mind that belittling or insulting your ex in front of your child can be devastating for your little one, and that a judge is much more likely to be sympathetic to your requests if your recognize the value your ex brings to your child’s life.

Other steps you can take that will make it more likely to get increased time with your child include:

If you’re a single father wanting to spend more time with your children, we urge you to get in touch with us here at the Men’s Legal Center. Our sole purpose is to make sure men have the resources and knowledge they need for the best possible outcome in family court.