Having a Baby Makes You More Miserable Than Divorce? 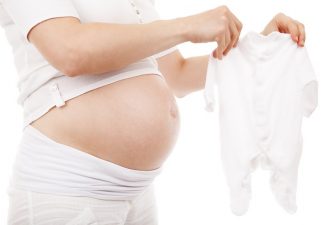 While becoming a new parent is generally regarded as among the happiest days of a person’s life, results from a study indicate that having a baby can be tougher than divorce or losing your job. Let’s talk about it.

Investigators with Demographic Research and the University of Western Ontario conducted surveys with over 2,000 German couples from 3 years before their first birth through 2 years after. The reason for the study was to get an understanding of why many couples do not ultimately have as many children as they originally had planned.

The Fall of Happiness

The couples’ levels of happiness were – perhaps predictably – rather high in the year leading up to the birth of their first child. In the following first and second years, 70% of the participants reported a serious drop in their happiness.

Using a happiness scale from 1-10, new parenthood led to an average drop in happiness of 1.4 points.

Contrast that with merely a 0.6 drop in happiness following divorce and a 1.0 drop after losing a job or the death of a partner or spouse. Read that again: participants who divorced barely registered a change in their happiness!

Why Such a Frowny Face?

As to what’s causing the drop in happiness among new parents, some of the reasons are fairly obvious when you think about it. The study participants specifically pointed to:

Researchers pointed to the general notion that the societal views of new parenthood are perhaps too idyllic and that all the things that come with parenthood – sleeplessness, stress, etc. – are often underestimated.

If You’re Facing Divorce, Let the Men’s Legal Center Fight for Your Rights

Don’t get us wrong; we love babies. But it’s interesting to read that divorce doesn’t necessarily result in crushing stress in the lives of those affected.

If you’re thinking of divorce or have already been served with papers, it’s imperative that you have legal representation. While it’s great if you and your spouse are on good terms, remember that divorce is a legal process, and you need someone in your corner fighting for your rights.

Here at the Men’s Legal Center, our mission is simple: to ensure that men get a fair shake in all aspects of their divorce – including a division of assets, spousal support, child custody, etc.