Got Divorce Guilt? How to Deal with Your Emotions 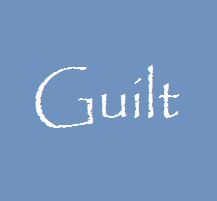 A recent article in The Huffington Post focused on the need for encouraging the grieving of men. The overriding theme of the article was that many men simply do not know how to deal with their emotions for a host of reasons.

One of the most commonly reported emotions felt deeply by men after divorce is guilt. In this entry, we’ll share tips for dealing with and moving on from post-divorce guilt.

Why Do Men Find it Harder to Deal With Emotions?

Because divorce can be the psychological equivalent of open heart surgery, it’s key that men not keep their emotions to themselves.

Yes, we’re literally going to define the word “guilt” here. According to the dictionary definition, “guilt” is described as “a bad feeling caused by knowing or thinking you have done something bad or wrong.”

The optimum words in that definition are “bad” and “wrong.” It’s key to keep in mind that those words should apply to decisions made; not you as a person.

Experiencing feelings of guilt is a common part of the divorce experience. The challenge comes in how to get past it. Here are a few tips for doing that.

It can be easy for men to fall into the trap of keeping all emotions and thoughts bottled up inside. Society has – falsely – told us that’s the manly thing to do.

But when you’re going through challenging times – and divorce can certainly be classified as one of those – you need someone on your side, listening to your concerns and fighting for your rights.